It was almost an afterthought to make a reservation the day before I planned to have dinner at DeRomo’s Gourmet Market & Restaurant for the first time in years. Surely, we wouldn’t need to book ahead in August. I called anyway and was told they couldn’t guarantee an indoor table I requested in order to avoid the patio’s humidity.

Okaaaaaaaay. Almost four years in, tables at DeRomo’s in the Promenade at Bonita Bay are still in high demand even in summer, even on a weeknight. Must have something to do with the reliably delicious food, brisk service and chic atmosphere. What more could you ask for?
How about an inspired menu of specials spanning appetizers, entrees and desserts? I’d never seen octopus carpaccio offered anywhere else in Southwest Florida. This, on the top of the house-made pastas, artisanal sausage and hand-pulled mozzarella courtesy of the attached market and pasta factory.

The menu strikes a smart balance of classic Italian dishes and unique creations of Francis Cuomo and executive chef Roberto Cardenas Rimarow. Mr. Cuomo owned five restaurants in Florida and New York, and he grew up in the Bronx near Arthur Avenue, a true “little Italy” known for its authentic Old World food shops and restaurants. DeRomo is a family name only in the sense that he grafted the names of his grandparents, DeRosa and Cuomo.

We settled into a crescent-shaped booth and were promptly attended to. I enjoyed the Amalfi Lemon Trio ($13), a tart-but-not-too-tart blend of Ketel One Citroen vodka, imported Pallini limoncello, ginger puree, lemonade and fresh lemon juice. The wine list offers an impressive 50-plus selections by the glass including a nice red blend, Vitiano ($10) from Umbria.

Octopus ($18) is still enjoying its moment as a hot dish, usually braised and grilled, but DeRomo’s gives it the “carpaccio” treatment (though it’s not technically raw like traditional beef carpaccio). The sushi-grade leg meat was shaved lengthwise into long, wafer-thin slices that were remarkably tender and laced with lemon juice and olive oil. The crimson-colored outer layer against the pearly interior created a unique visual backdrop for a salad of marinated calamari and seaweed salad with a splash of nutty sesame oil. The colorful plate looked like a work of art.

For a more traditional appetizer, consider the melanzane rollatini ($13), twin rolls of breaded eggplant slices filled with a fairly light mixture of ricotta and Parmigiano Reggiano cheese that didn’t weigh heavily on the palate. The rolls were with ladled with DeRomo’s sweet tomato sauce and baked to a uniform golden brown.

That dish was straight-out-of-the-oven hot and along with the octopus was served so soon after we ordered that I wondered if we’d gotten another table’s food by mistake. Some online critics have taken DeRomo’s to task for service issues, but our experience was seamless. The main dining room of the sprawling space got busier as the evening progressed, but the staff moved briskly and in coordination with each other to manage the flow.

When it comes to entrees at DeRomo’s, it’s difficult to be decisive and hard to go wrong. There are dishes featuring fresh pasta like cavatelli DeRomo with a mouthwatering combination of housemade sausage, sautéed broccoli rabe and sun dried tomatoes; I’ve enjoyed it before and one of my companions enjoyed it on this visit. The veal and seafood combo called vitello schantinella also merits its acclaim (“noted in the NY Times as ‘best dish of the year’ ”).

I didn’t order from the grilled-meat section of the menu before, so I decided to go with the lamb chops ($35) and wasn’t disappointed. The three meaty chops were evenly browned, juicy and pink within and so tender I could have cut them with a butter knife. They were finished with a rosemary-infused Calvados demi-glace that perfectly complemented the mild-tasting lamb. On the side were fluffy mashed potatoes and a mélange of crisp broccoli, green beans, red pepper and yellow squash.

The risotto di mare ($26) had a good assortment of clams, mussels, shrimp and scallops, but I was more impressed with the quality of the slowly simmered rice. Instead of arborio, DeRomo’s uses carnaroli rice, which has a longer grain and higher starch content. It produces an exceptionally creamy risotto, which here was suffused with the sunny flavor and hue of saffron.

DeRomo’s eight desserts, fashioned in the market’s bakery, cover most of the usual bases — cannoli, ricotta cheesecake, tiramisu — but the panna cotta ($9) on the specials list beckoned. After a meal of varied ingredients and flavors, the simplicity of sweetened, vanillascented cream solidified with gelatin and paired with a smattering of fresh berries made a satisfying counterpoint and conclusion.

By the time we finished dinner, the market had just closed. We missed out on the opportunity to stroll among the aisles of imported olive oils and other specialty food items, but now we have another reason to return to DeRomo’s. ¦ 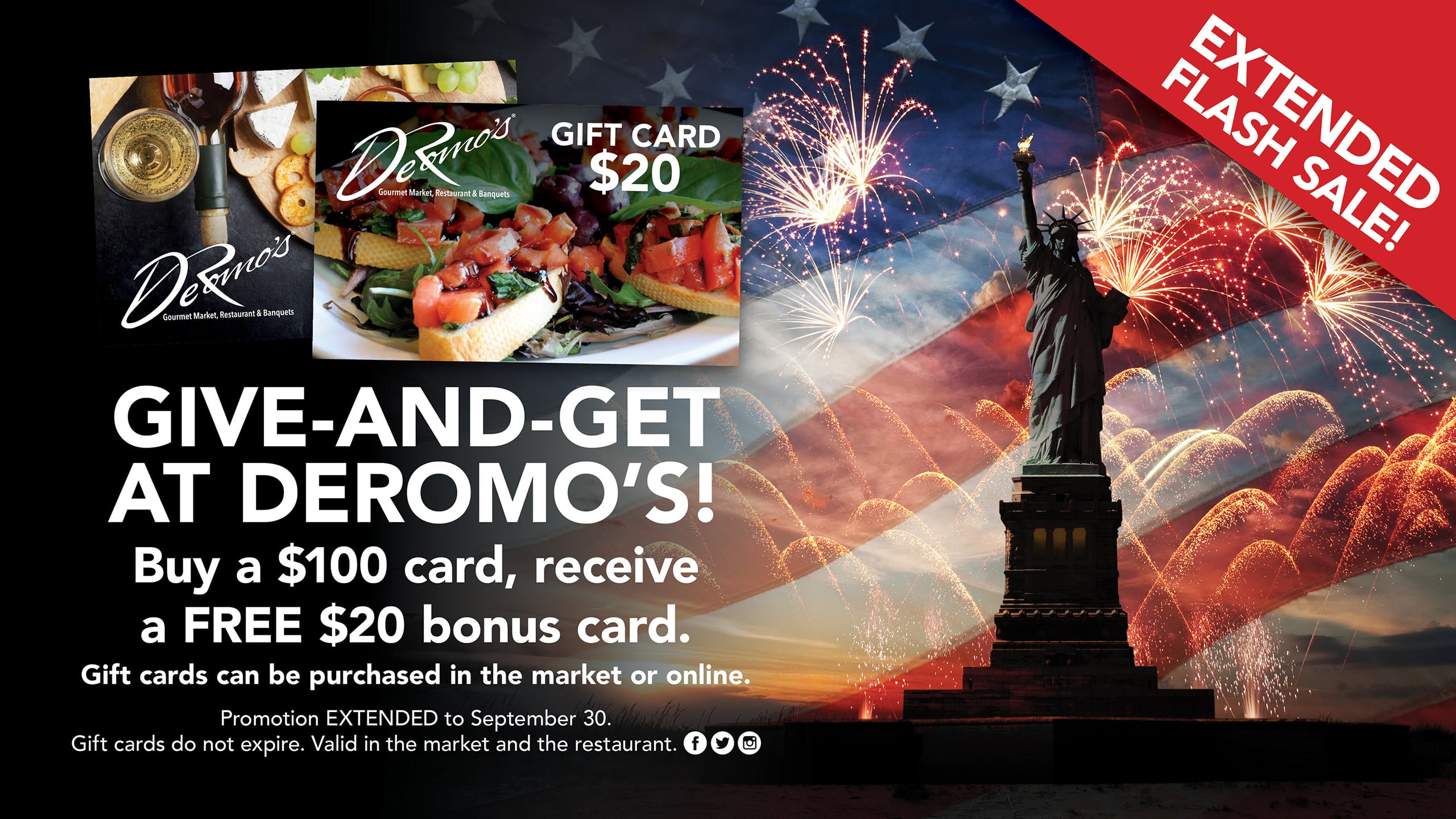